We talk about the border as a place only, instead of an idea. I believe that the real borders are the ones that exist within us.

Discussion questions to the film:

After having watched the film, write a blog post on one of the following tasks:

NB! Postponed because of home school – see itslearning for link and task to the film Desert Flower instead.

This year’s OD Project support young refugees from South Sudan. Visit this site:  https://www.od.no/pushgrensene to learn more about the project. What do you learn about the country South Sudan and the challenges people are faced with there? Why have many people fled to the neighbour country, Uganda? What are some of the problems they are faced with there? What is the OD Project going to help with?

Write a blog post where you argue why Norwegian students should take part in this year’s OD Project.

“My Son the Fanatic” is a short story written in 1997 by Hanif Kureishi about a father and a son living in London, and struggling to adapt. The father left Pakistan and loves England, he wants to become as English as possible, because “you can do almost anything here.” The son has never been outside England, but still struggles to find his place in the English society, and is looking for something else, going back to the culture and faith of his ancestors, and becoming more and more angry with the society he sees around himself – the society his father is so in love with.

“Free for All” is a short story written by Moin Ashraf in 1999. This story too depicts a father and a son, this time in the US, the father doing everything “right” to become an upright and successful man in his new country, and being frustrated at seeing his son leaving the ideals of his own country and tradition. It is a culture clash, between a son who has grown up American, and a father who still looks back to and values of his Pakistani homeland.

Comedians Trevor Noah and Hasan Minhaj use their own experiences and background in their stand-up shows «Homecoming King» and «Son of Patricia».

Write a blog post in which you discuss how they use examples from their own lives to illustrate their experience as immigrants in the USA.

Choose one or two of the sub topics they include in their shows and comment on the questions below:

Do you think other immigrants can recognise the challenges the two talk about being an immigrant or part of an immigrant family? Why? Why not?

Can we learn something about being an immigrant watching these shows? Explain.

Read more about the thousands of immigrants headed towards the USA and why here: 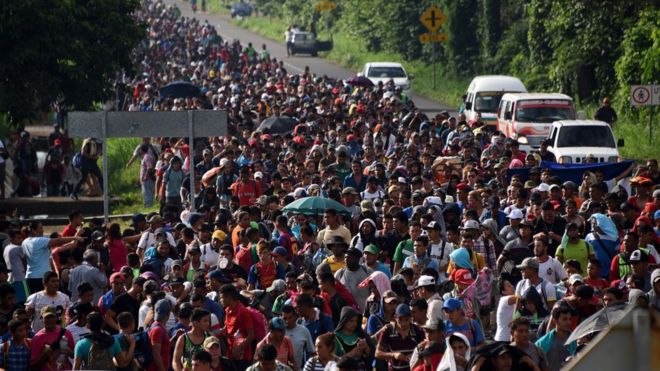